- January 17, 2018
Tickle is very definitely at the ‘why’ stage. It’s not uncommon for children to go through this, although normally they get it out of the way a bit earlier. In Tickle’s case, sometimes the “Why?” is a genuine ‘why are you saying that / I don’t know what you mean’ - and sometimes it’s an angry “WHY?!!” (are you still going on at me?!)

We’ve had a new ‘why’ question this week: why did Birth Dad hurt me?

That’s a trickier one to deal with. It started off in the car, just the two of us, on the way back from the dentist. Tickle asked for a ‘chat’, which is his code for ‘there’s something on my mind that I need to talk about’. We had a chat. It lasted all the way home, all the way through dinner, and all the way in to bed. I didn’t really know what to say, so mostly I was honest: “I don’t know why he hurt you Tickle, but he shouldn’t have done it. It wasn’t your fault, and it was wrong. Grown ups are not allowed to hurt children. I don’t know why he hurt you.” Eventually he said “I don’t want to talk about this any more”, rolled over and went to sleep.

It didn’t really feel resolved, though. It came up again over the next couple of days. This morning Husband and I had a trip to the therapist without Tickle, to catch up on how everything is going. We asked her what else we could say to help him, and her suggestion was to really empathise with him about the fact that it’s an important question that he really wants the answer to, and how frustrating it must be to want an answer but not to get one.

He took a deep breath.

By half past six he was sound asleep.

Our therapist is delighted with how well Tickle is doing. She said it’s quite unusual for a child to progress at this speed through this sort of therapy. We watched back some of the recordings of an earlier session with the three of us, and she pointed out some really positive signs, and some of the things we are doing well, and it was really encouraging to watch.

Fairy has had a difficult week; she’s been anxious and overwhelmed and didn’t manage to go in to school on Monday. But I am so proud of the way she has been dealing with it - working through some CBT exercises for kids, sitting down with me to identify triggers to her anxiety at school and at home, and starting to try and identify how her body feels at different stages of anxiety so she can (hopefully) begin to recognise it earlier. She even has a load of strategies for different levels of anxiety, which we are putting all together in to a five point scale, for her to take in to school. I honestly couldn’t be prouder with the mature way she is approaching it all.

Tickle has a new word - widd-ick-u-luss [ridiculous]. As in, “Mummy, you’re widdickuluss.” Cracks me up nearly as much as when Husband does something sweet and Tickle goes “Ahh, bless him!”
abuse adoption emotions therapy trauma

Popular posts from this blog

- June 17, 2018
I originally wrote this post on my previous blog, but I’ve reproduced it again here (slightly updated) as I was flattered to discover someone had linked to the original blog post (which has now been taken down).

I wrote a post about attachment some time ago, mainly because I was fed up with the massive mis-appropriation of the term, and the lack of understanding surrounding it. Unfortunately this sort of stuff is still around everywhere you look, so it's worth having a quick recap with some of the key points of what attachment is, and what it is not.

Me, the boy, and The Monster 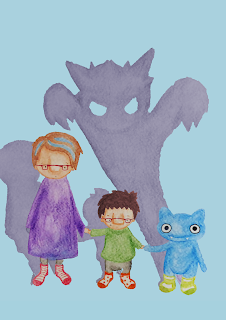 "Me, the boy, and 'The Monster'" is a book about what it's like to parent a traumatised child. It's a raw, honest account, and it's borne out of my own experiences as an adoptive mum. Living with trauma is HARD. It's hard for the kids, and it's hard for the parents. I'd like to stand by your side, and tell you that you are not alone, that there are things that can help make things better.

In the book I'll explain some of the basics of your child's brain, how it's been physically shaped by trauma, and how it relates to your day to day experience of parenting them. I'll also explain what attachment *actually* is (clue: it is not what the social workers on my prep course told us it was), why it's important to you, and how to tell when someone is trying to fob you off with the old 'but they've obviously got attachment issues so that's just the way it is' thing. 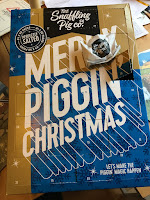 I don’t know where this year has gone, but December has really snuck up on me. It’s just as well that Husband bought the advent calendars (including this incredible pork scratching one for me, who is not allowed chocolate!) as it would not have occurred to me for another few months yet.

I’m really enjoying reading all the linked posts, and have discovered some great new blogs that I haven’t read before, so thanks everyone for posting!

To add your latest blog post to the link up, scroll down to the bottom of the list where it says ‘You are next... click here to enter’ and click on the blue text. Then add in the title of the post, and the URL you want to link to - simple! After you’ve done that CLICK HERE to tweet me and let me know there’s a new post to read :)

Cat McGill
Blogging about adoption, trauma, neuroscience, music, and discovering you are autistic in your late 30s.

As a thank you for subscribing you will receive a download link for two FREE gifts, including ‘The Policeman’ - a social story designed to introduce the idea of the police to children who have suffered from domestic violence or abuse.